A year ago, two people decided to take a stab at building out a package that made building trading algorithms easier. Building trading algorithms was hard: you had to figure out data connections, exchange fees, backtest simulations, get historical data downloads, right your algorithm, all before you were ready to deploy. Now that you had a great "working" algorithm, you had to figure out server instances, deployment, CI/CD, active and live monitoring, reiteration, and exchange execution. Not just that, having to do that for every single exchange and asset was ridiculous.

That's why Emerson and I started out the Blankly Package where we built out a streamlined way of building a trading algorithm across multiple exchanges and assets (and we're actually about to launch futures too). And it blew up! In just the past 3 months, the package went from 49 stars, to over 500 stars. We were seeing bits and pieces of light.

To Building a System for Building Better Trading Algorithms

But, as we mentioned above, building the trading algorithm is just one part of the puzzle. We sought out to build an end to end system that made it easier for developers to go from trading idea to deployment in minutes, testing galore without being bogged down by the issues of deployment. We sought out to build a system where developers can easily see all of their backtests, share them, compare with previous backtests, easily get tons and tons of metrics and analyses to improve their models so that they can get to an idea to deployment even faster. We imagined a future where people didn't take months to build algorithms but just coded them in minutes.

And that's why we built Blankly Slate. Blankly Slate enables users to monitor, backtest, and deploy any trading algorithm with any framework so that your workflow for building and deploying trading algorithms is completely and fully streamlined. And today we're super excited to announce that we are officially launching the open release for Blankly Slate. After working tightly with customers for 2 months. We believe that we have a really strong product that we're super excited to launch to a larger public. Blankly Slate has enabled our team to even build algorithms and deploy them in literally minutes, and go live and paper trade them galore. We've streamlined working in teams by being able to see each other's backtests, and deployments, as well as version control as new models are updated.

A Note About Security

There's often the fear that your trading algorithms' data is going to be stolen or your IP taken. We follow strict security protocols and are actively workin on a SOC2 Audit to validate them. All your code, keys, IP are fully and completely encrypted and no member on the Blankly team has access to it.

Now we are far from done, and we want you guys to really help make Blankly Slate into the go-to platform for building trading algorithms. How do you do that? Well go ahead and create an account. Whether you're just starting out, or you're ready to deploy, the platform is ready for you to build, backtest, and deploy trading algorithms. Don't be afraid to break it either. We will be actively bug fixing, and ensuring that the best experiences are made.

Also, forgot to say, that the first month is completely FREE For everyone

There's still more to build as we crank out things like running experiments (so you can easily see how you improved during an iteration session), usage, live parameter updates, plugins with notification services and marketplaces, commenting, events and webhoooks, and of course more and more package dev, integration, and documentation.

We're so excited and we hope you are too! We are truly empowering the future of modern investing and I can't wait to see what all of you guys do. 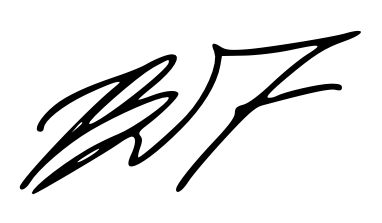